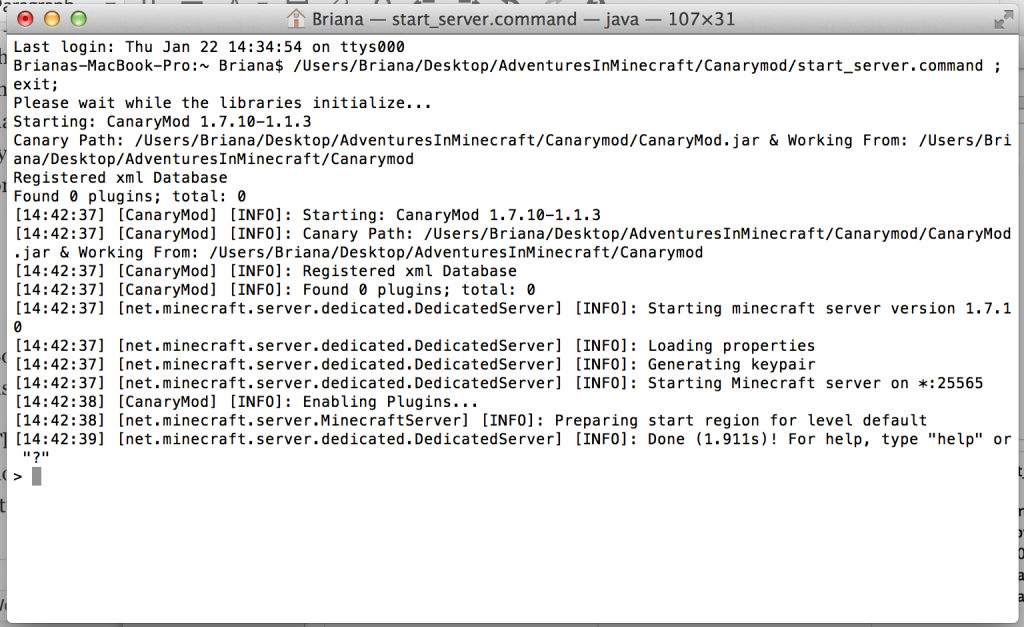 Adventures in Minecraft Pt. 3…DMCA? What!

Here’s what we know:

Creating a Bukkit server is a new challenge that I’m up for, so let’s get started.

Okay, I needed to download Bukkit…easy! I started by reading the directions. I know, imagine that! Reading the directions first. Who the heck does that. I created the required folders and searched for a Bukkit server. My Google search led me to http://bukkit.org/. I skimmed a few forum posts, read how to set up a server, making my way to the BukkitWiki where I found a link to the downloads (http://dl.bukkit.org/downloads/bukkit/A).

Alright, I’m on a roll. I click on the info for a few versions to learn about the differences. I finally located the version I needed and clicked the download button. And what do I see…

WHAT! Confused, I do another Google search in hopes of finding the download elsewhere. But wait, this is the OFFICIAL Bukkit site!?! What’s going on? So, I read the DMCA notification and found this: 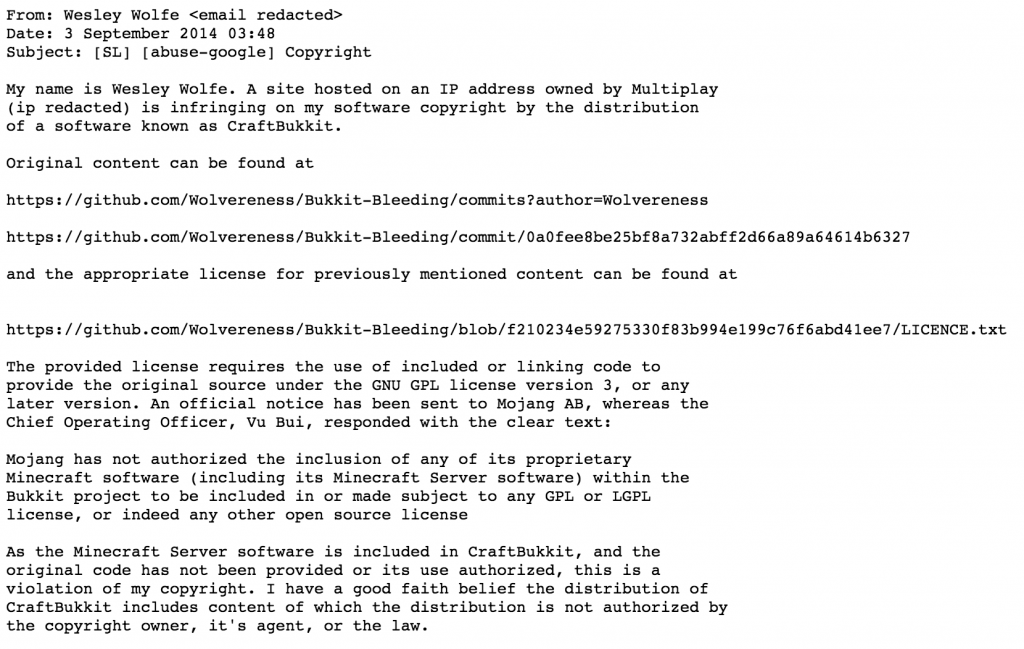 So, this guy, Wesley Wolfe is claiming copyright on the Bukkit server. Alright then, I’ll go to his site to get the download. Highlight and copy the GitHub url…paste and we’re good! Right?

I hit the GitHub page and skim the repositories. Several Bukkit options, so I dig in. I start with Bukkit-Bleeding. I skim through and stop at the Read Me…again with the reading thing, I know! As I read on I see… 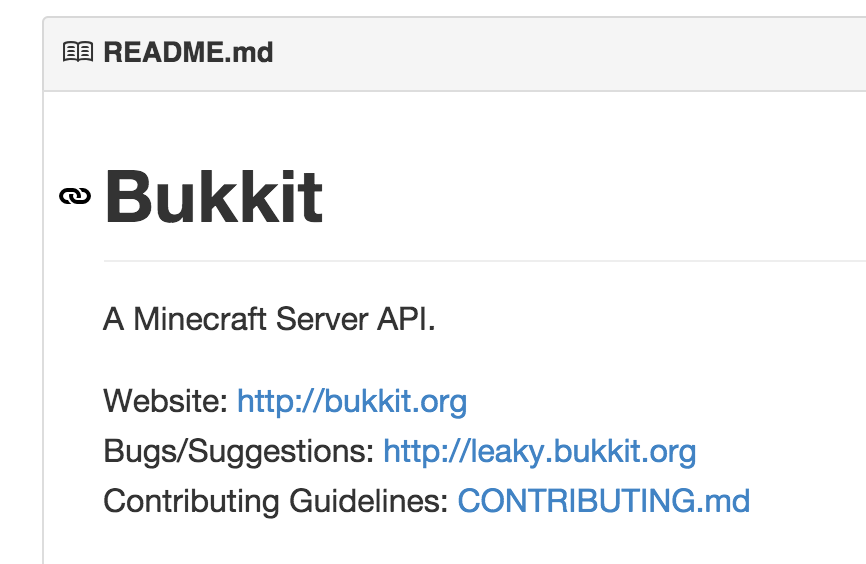 Ummm…did I miss something? The GitHub site is leading me back the to Bukkit site, which has a DMCA prohibiting the download of the Bukkit server files because of Wesley Wolfe’s claim on the Bukkit server.

Running into a dead end, I went back to the GitHub site to look at the other repositories. Oooh! CraftBukkit! That’s it! I click on CraftBukkit ready for my download!

Really! How is this possible! Can you DMCA your own files? Even more confused, I clicked on the notice and see: 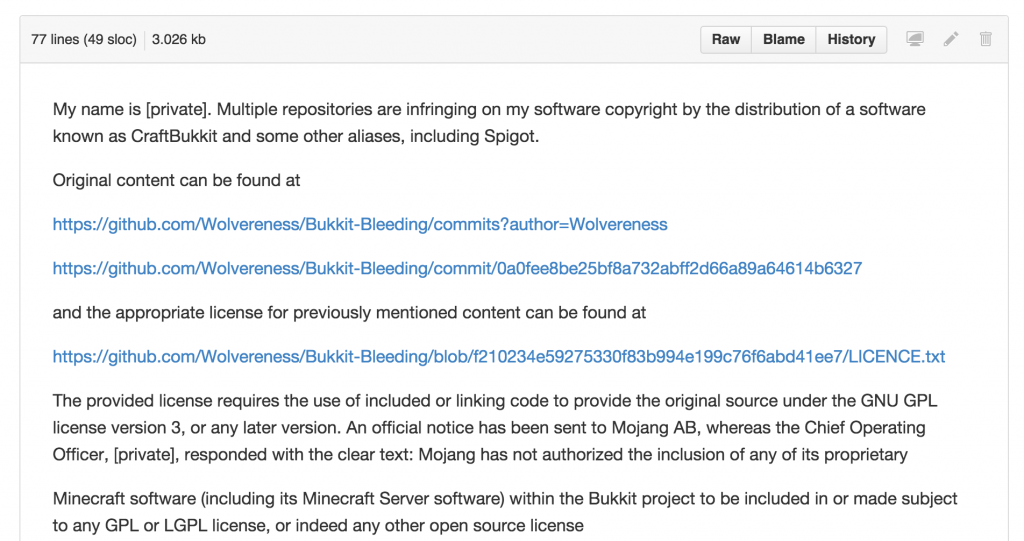 On first glance I was quite confused by the fact that this person (presumably) had DMCAed his own work, but I notices the “source” is the Bukkit-Bleeding repository. I spent some time digging through the files in the Bukkit-Bleeding repository, but couldn’t find a simple .jar file to download and I don’t know how to create one myself. So, time for option two…CanaryMod. 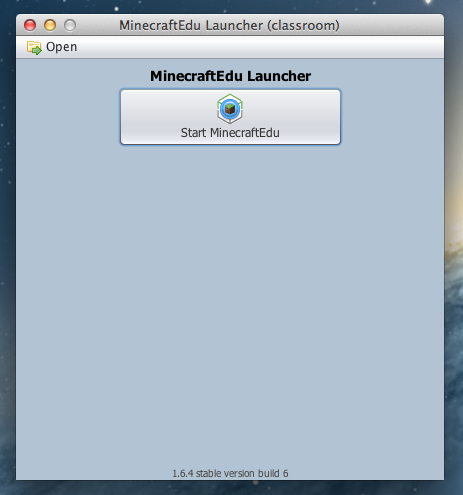 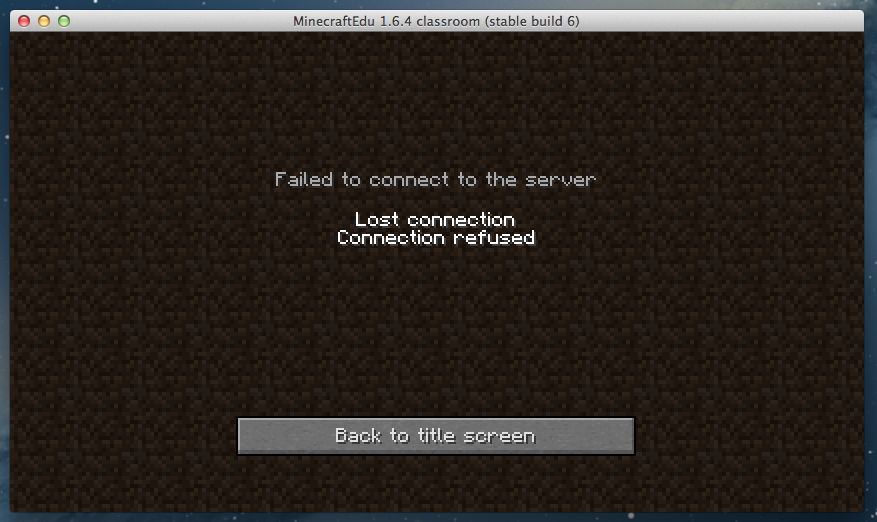 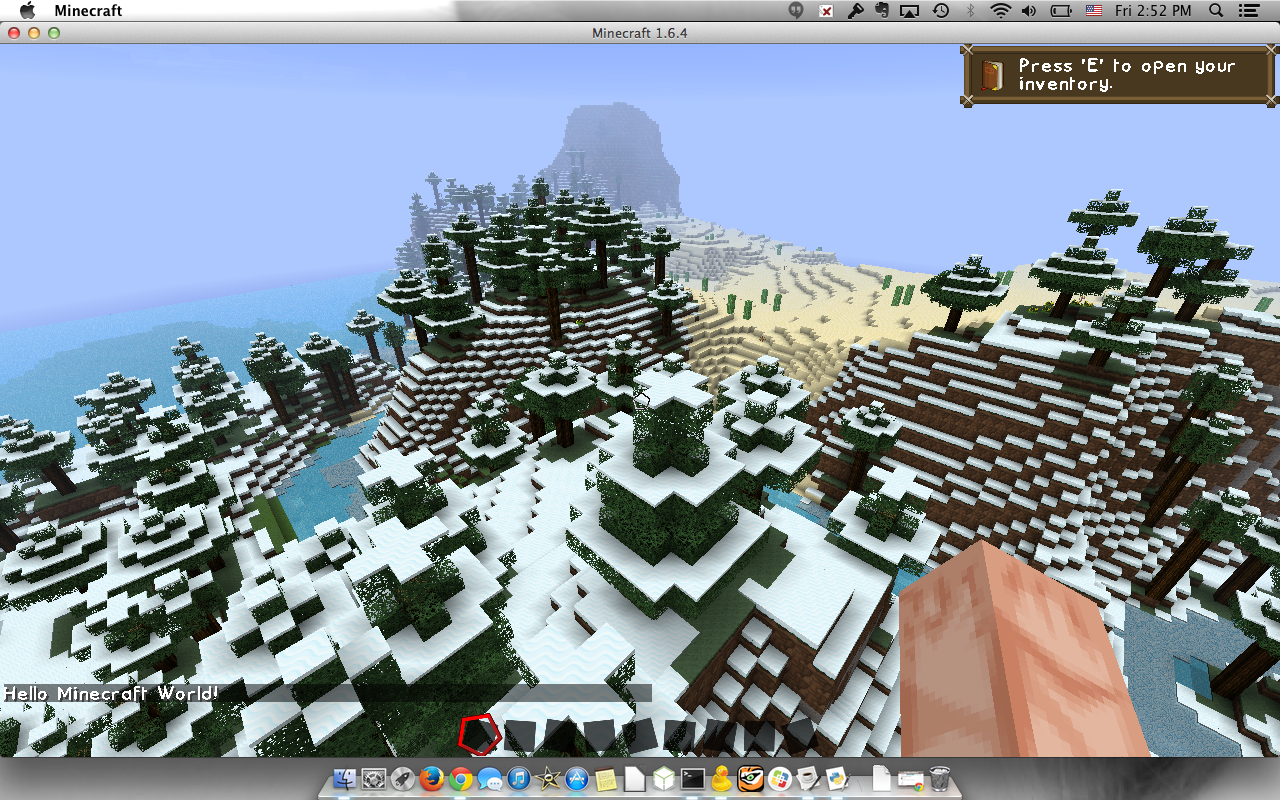